Your cart has expired
Your order contained expired items and all items have been removed.
Close

Considered by Puccini himself to be among his finest works, the brilliant orchestration and lyricism of La Fanciulla del West animate the passion and adventure of the California Gold Rush. The opera had its world premiere at the Metropolitan Opera in 1910 and has long been a favorite of New York audiences. City Opera's new production of Puccini's La Fanciulla del West will be directed by Ivan Stefanutti and conducted by James Meena. The production is an international collaboration between the Teatro di Giglio in Lucca, Italy, the Teatro Lirico in Cagliari, Sardinia, and Opera Carolina. 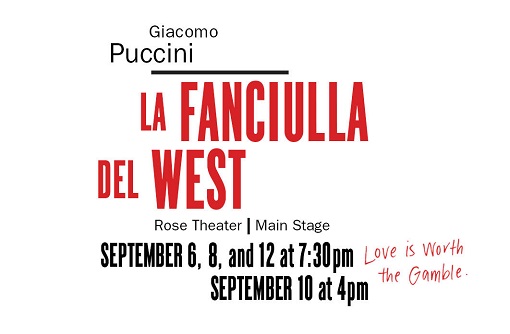